the story of us

I actually love our story. It's a constant reminder of God's plan for our lives. In his time.

You see, I knew Stephen two years prior to our dating. I talked to him all the time. He remembers these meetings far better than I because I was busy chasing after the wrong boy at the time. Stephen went off to Cambridge and then to Illinois for vicarage and I got some lessons of the heart from the school of hard knocks. I had pretty much convinced myself that no one was ever going to love me. Let alone marry me. I don't know what's lower than the depths of despair but I'd found it.

Before too long another Spring had come to Fort Wayne and all the promise and excitement of another years commencement and even more exciting the call and placement services. 2006 was one of the last years I knew the majority of men leaving the seminary and I never missed a call service. I was supposed to go with my roommate, a deaconess awaiting placement herself but she backed out and told me to go ahead without her. We would meet up again later as we had plans to go to dinner with a pastor friend of hers and he was bring along the vicar from the next town over, Stephen Hand.

I went to the service. It was fun and sad at the same time to learn where friends would be packing up and heading off to. When it was all over I headed outside to wait for my roommates friend and for Stephen. I knew he was the vicar and i was looking forward to catching up with a familiar face. I was unprepared for what happened next. I spotted him from the retaining wall outside the chapel and made my way through the crowd of excited (and bewildered) families.  From a few feet away I said his name to get his attention and when he turned around that was it. He was just as I remembered. But in other ways I saw him for the first time. I know it's cliche to talk about fireworks but they were there. We found his pastor friend, swung by my house to pick up my roommate and headed to dinner. they still joke how they might as well have been sitting at another table because we didn't take our eyes off one another or speak to them once. We talked about our families, where we'd grown up and our mutual love of England and our travels there. I tried to play it all very cool but I've never been much good at it. I ended up going with Steve to meet up with a bunch of his seminary friends and we continued talking until the bar closed.

It was hard to say goodbye but he promised he'd call. He didn't have to ask for my number because six of his inebriated soon to be pastor friends surrounded me at the end of the night and demanded I write my number on a pizza box lid (he was going to ask for it anyway:-) They had all taken turns interviewing chatting me up and I guess I'd won them over.

He did call and we made plans to have lunch the next Saturday. He drove three and a half hours from Beecher, IL to Fort Wayne every day he had free and even days he didn't. We talked hours on the phone. We talked about getting married after only three weeks. We broke the news to our families after six weeks and from that first meeting on the steps of Kramer chapel until I walked down the beautiful aisle at Redeemer only nine months went by.

I know you're not supposed to tell people that love will find you when you stop looking. I know we're the exception and not the rule. I don't know what I would have done if he hadn't fallen into my lap. Because he didn't fall. He was placed there, right in front of me by God. He had a plan for my life and I just had to trust. i think about all the variables in my life which led to that moment. If my Dad hadn't gone to seminary? If I'd gone away to college? If I'd never moved to Fort Wayne. If I'd never had a broken heart? None of those things were easy to experience but in hindsight I'm so grateful that they happened. Even the heartache. God knew that Stephen Hand was exactly what I needed just as he cares and provides for every one of our needs.

Popular posts from this blog 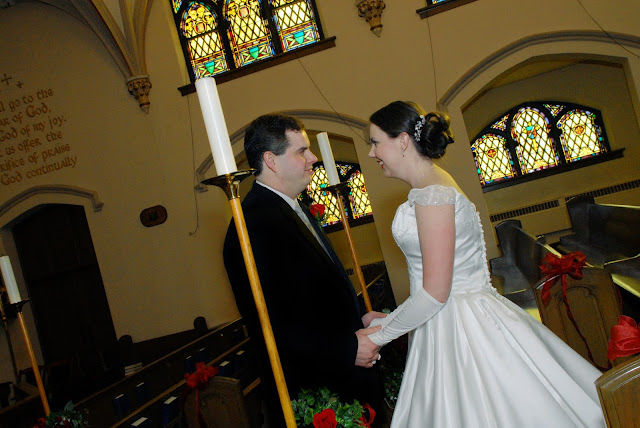 A couple of years ago I wrote about how my husband and I met . Today, we celebrate nine years of marriage. I find myself reflecting on what makes a marriage strong enough to stand the test of time? The top of my list would be to abandon the notion that you're married to your best friend. Christian marriage has no room for that. "Marriage is a picture of Christ's love for His bride, the Church" ( LSB).  Jesus is not our friend. He is our Lord, our protector, his love so sincere that he sacrificed himself for us and died a horrible brutal death so that our sins would be forgiven and that we might live. That is why the vows we say are different from the vows our husbands say. A man does not promise to be our best buddy and faithfully sit beside us to watch Downton Abbey each week (Kudos if he does). Instead, our husbands vow to nourish and cherish us as Christ loved the church. To give himself up for us and to never forsake us for as long we live. With these precious w
Read more 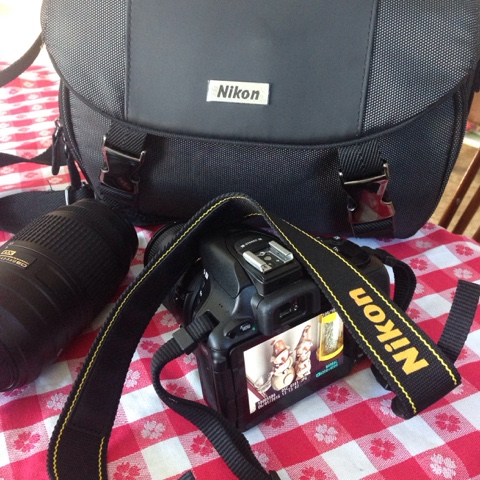 This post is not going to be full of ridiculous resolutions but rather a short and sweet kick off to 2016. Oh, don't get me wrong. I have a personal laundry list of accomplishments I hope to check off my list this year but they're mostly boring. I will say that I will be here more often and hope to connect with you in a variety of ways. I'll be sharing blog content and related posts on the Raising Hands Facebook page .  I've also created a blog only Instagram account @Raising_Hands_ You can still following my @Delawaremama feed for what's happening with the family.  I dipped my toes into the waters of Periscope last year and had fun. Look for me there @Delawaremama For Christmas, I received an amazing new camera. That should improve the pictures around here too! No more pictures from my phone!  Well maybe one last picture I'm excited to see what 2016 will bring. Thanks for stopping by. Come back soon! Happy New Year!!
Read more